Around the middle of May, the craptitude that was London’s weather broke, and we had two weeks of glorious sunshine.  Thank God.  I know the rest of London agreed with my assessment of the situation, because the rest of London was all in Hyde Park enjoying the sun at the same time as I was, so I could ask them.

But it didn’t last.  The Queen’s Jubilee arrived, and it poured.

So, how is this relevant to Scotland?  By the time the Jubilee rolled around, I was in Scotland with Keith (a long-time friend of mine over from Australia) – and perhaps in a pique of independence-mindedness, Scotland had apparently decided to break with the Queen’s weather and continue the glorious blue skies.

We spent nearly a week wandering this way and that over the Highlands:  Keith driving, me in the passenger seat for literally one thousand miles;  me in the dual roles of sound system DJ and official tinkerer with the navigation system.

(The nice lady in the navigation system – you could tell she was nice from the fact she said ‘please’ before every instruction, and from her particularly un-Scottish lack of cursing before the instructions that started “recalculating route:  at the earliest opportunity, make a U-turn” – did us well, it has to be said.  Although someone needs to get her up to speed on recent developments in the apparently fast-paced and cut-throat world of the Inverness petrol station trade.)

Even after those thousand miles, as an Australian, I find it hard to pigeonhole Scotland.  All at once it’s small – the drive from Inverness to Edinburgh and back took less than a day – and vast – with basically endless scenery, all of it brilliant green, and full of bodies of water any of which most South Australian farmers would kill for.

For the most part, we split our time between Inverness (nice enough), the Isle of Skye (spectacular), and Cairngorms National Park (a beautiful spot to get out of the car and onto a hiking trail or a bike seat – and how could you pass up staying in a town named ‘Boat of Garten’?).  Something about all those locations just exudes a pleasant sense of natural remoteness.  (Perhaps it’s the fact that they’re natural and remote.  Just guessing.)

Mountain climbing through the Cairngorms was especially get-in-touch-with-nature – and given that the purpose of the trip, for Keith at least, was to get a well-deserved break from work, the combination of that and being pretty much antipodal to his place of employment made for a rousing success.  The purpose of the trip for me was pretty much just to ease my way into homelessness (having just moved out of the flat in London, in preparation for my upcoming year or so of travelling), so I guess I could have done that anywhere, but hey, on the top of a mountain worked for me too.

And it wasn’t just us enjoying all that Scotland’s wilderness had to offer.  It was quiet and isolated up there, but there were a few other occasional passers-by enjoying the views and the exercise.  Full credit goes to the mountain bikers we encountered right at the top of one of the hills, coming the other way after we’d just proudly conquered a fairly stony ascent.  Their determined charge down the not-entirely-typical-bike-path-material path we’d just climbed displayed substantially greater testicular fortitude than I can claim to possess – in a literal this-saddle-needs-more-suspension-please sense as well as the more usual metaphorical one.

To be honest, most of the driving – around Loch Ness (very pretty), down to Fort William (bit of a hole, really, and quickly left behind), all over the Isle of Skye (stunning views from every angle), down to Falkirk to see the Falkirk Wheel (an interesting diversion to see one of the more entertaining mechanisms of getting boats from height A to height B), up to Elgin (purely to drive through the slightly disappointing home town of the man with the marbles) and Keith (if it’s named after the driver of the car you’re in, it’s gotta be good, right?) – was about appreciating the views and seeing things that aren’t really going to come across quite the same in print.  Not with my writing, anyway.  So you’ll just have to accept that we had a good, relaxing week, and go read the next post about the food and drink. 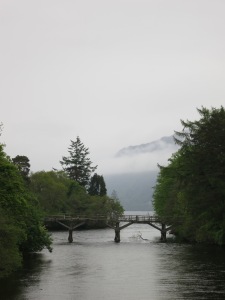 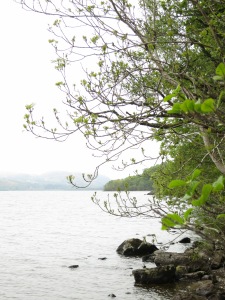